Tour These Whimsical Cabins Made From Recycled Materials

If you’re going to build cabins inspired by, salvaged from and built around old-growth trees, it is perhaps only fitting to do so in the aptly nicknamed Evergreen State.

Every summer, Jacob Witzling, a second-grade teacher near Boston, flies the 2,400 miles from Watertown, MA, to Olympia, WA, to build whimsical cabins out of old-growth cedar, fir and hemlock.

He salvages lumber from demolished buildings, upcycles appliances and incorporates fanciful geometric shapes along the way, giving the cabins an imaginative, Seuss-like appearance. 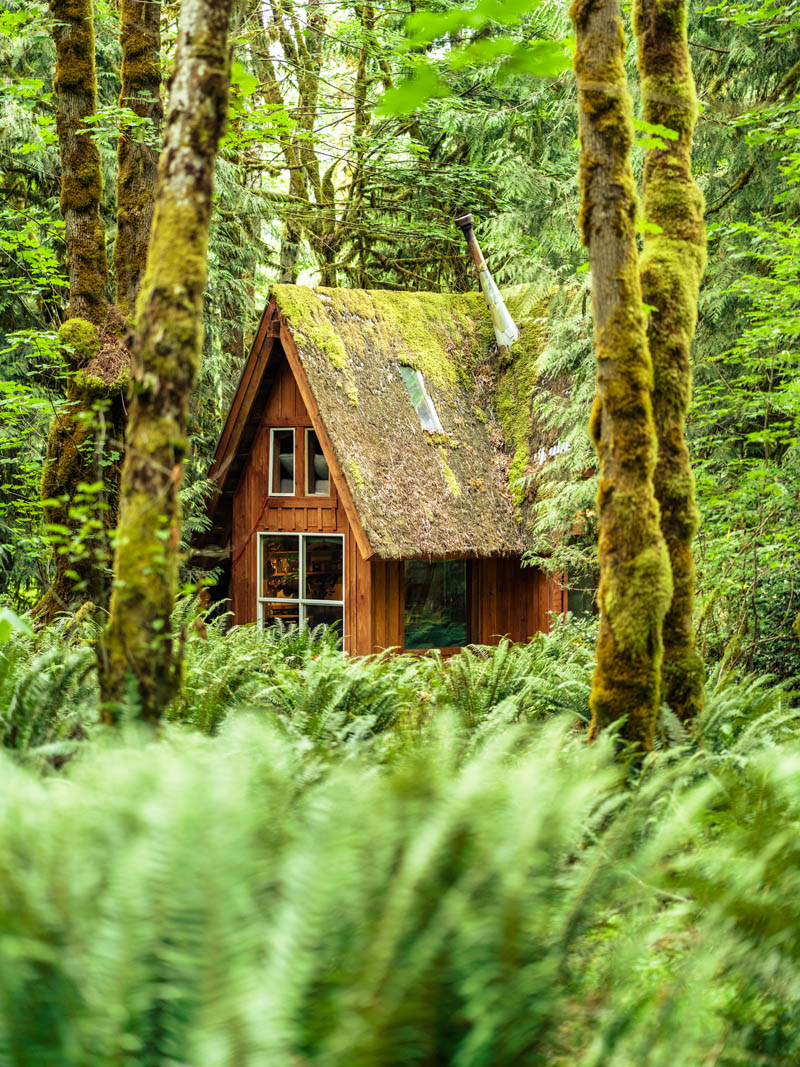 “I always like the notion of sculptures that people can live in, like homes being more than just a place to live. Maybe something like art,” Witzling said. “I’m an artist.”

It makes perfect sense, then, that Witzling’s love for fanciful homes started with a book called “Handmade Houses: A Guide to the Woodbutcher’s Art.” His father owned the early ’70s tome that Witzling fell in love with. That – and the classic childhood inclination to simply build a fort. 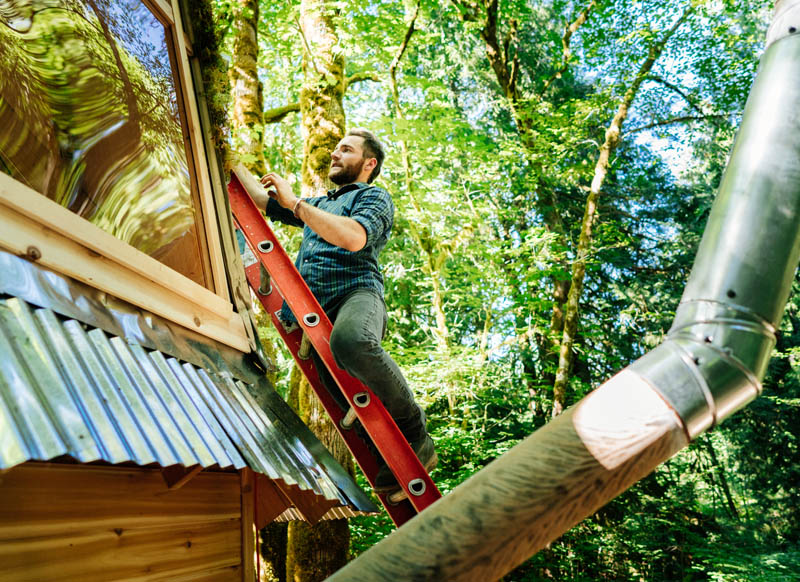 “I always made forts as a kid, you know, out of blankets and pillows and in the couch and stuff like that,” he said. “I guess that’s where it all started.”

When Witzling moved to Olympia to attend college, a friend was living in a fantastical cabin in the woods. He saw it and was immediately hooked. 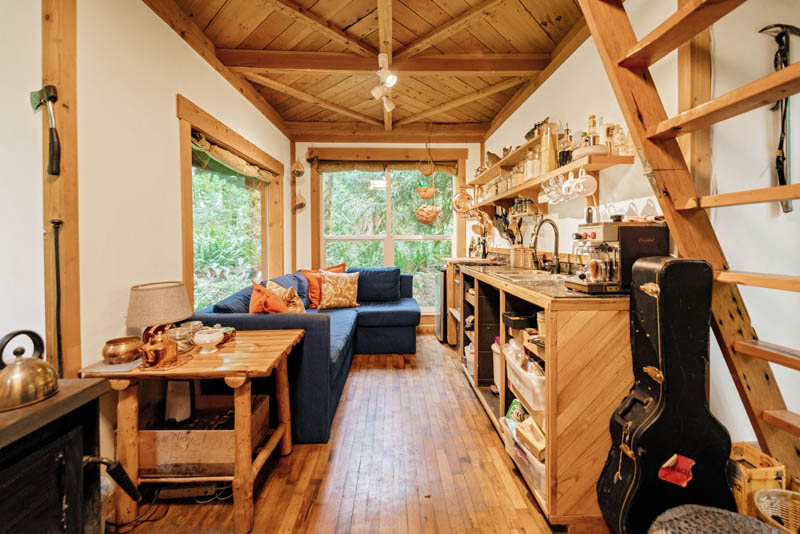 Shortly after, Witzling decided to make a go of building similar homes. Without a budget, he rescued materials: old floors from a bowling alley that eventually became a cabin deck and granite countertops that were discarded from a construction site, among other things. He taught himself the basics along the way. 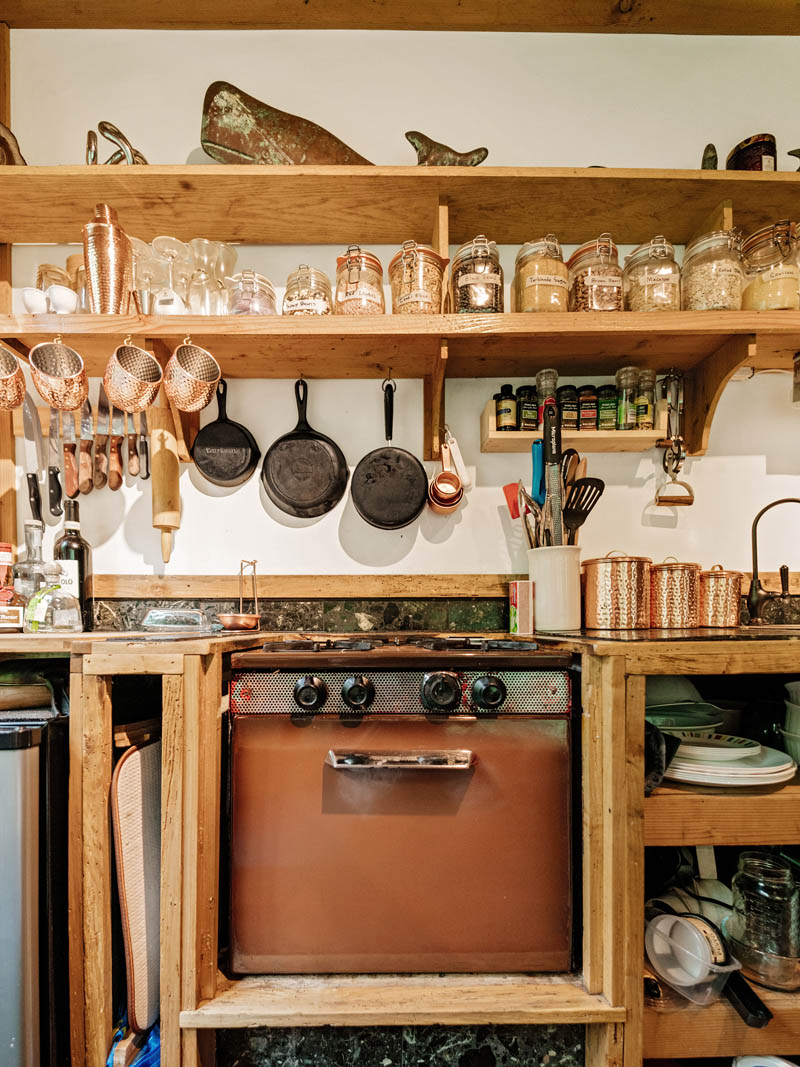 “I didn’t know what I was doing, and then when I built my first cabin, it was all recycled materials that I scavenged like a vulture,” he remembered. “I built it. It was so tall and rickety and was going to fall down, I thought. But by the time I built my second cabin, I had a stronger grasp on what to do.” 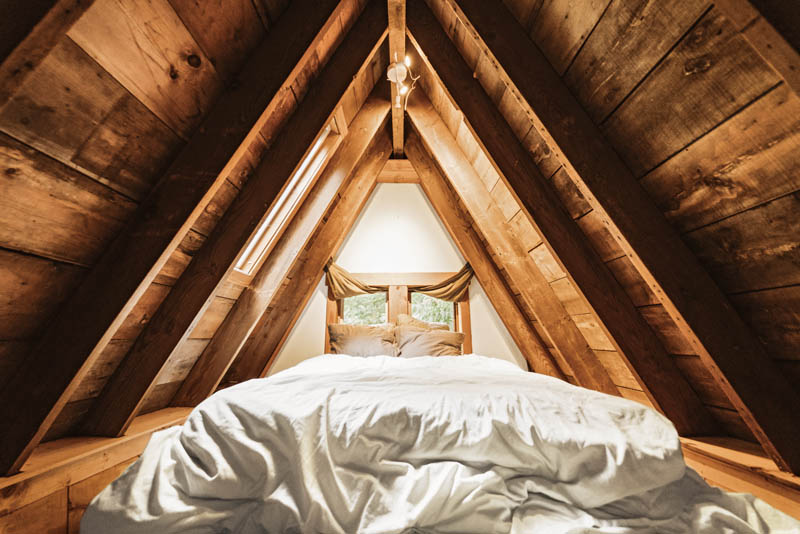 In the decade since then, Witzling has built a number of tiny cabins in the woods, with each home having a footprint under 200 square feet. Some are completely off-grid – all honor the natural environment by using reclaimed or local wood.

A few are even covered with moss, making them living, breathing works of art. 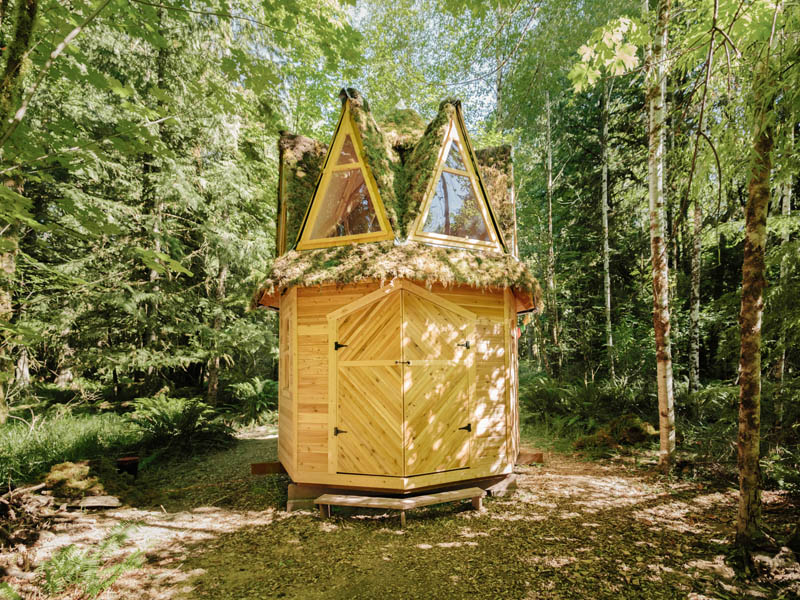 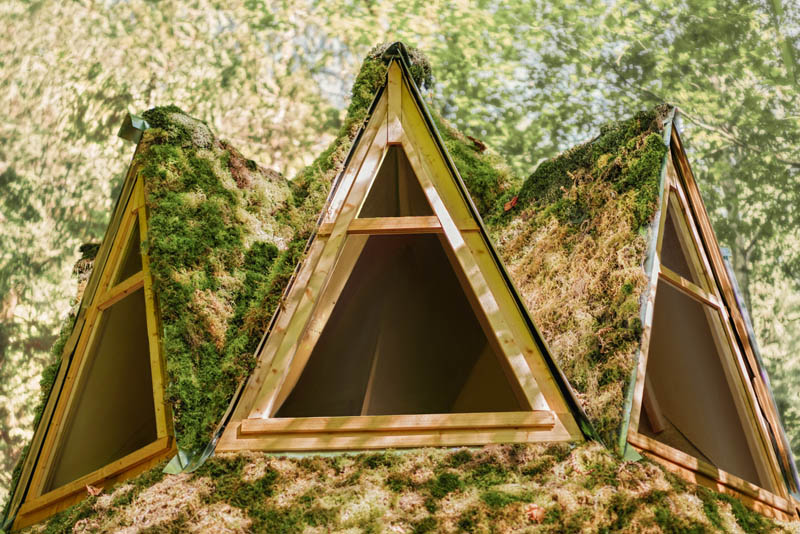 Being calculated about sourcing the building materials also forced Witzling to think about his environmental impact. (He’s lived in all of his cabins at some point.) 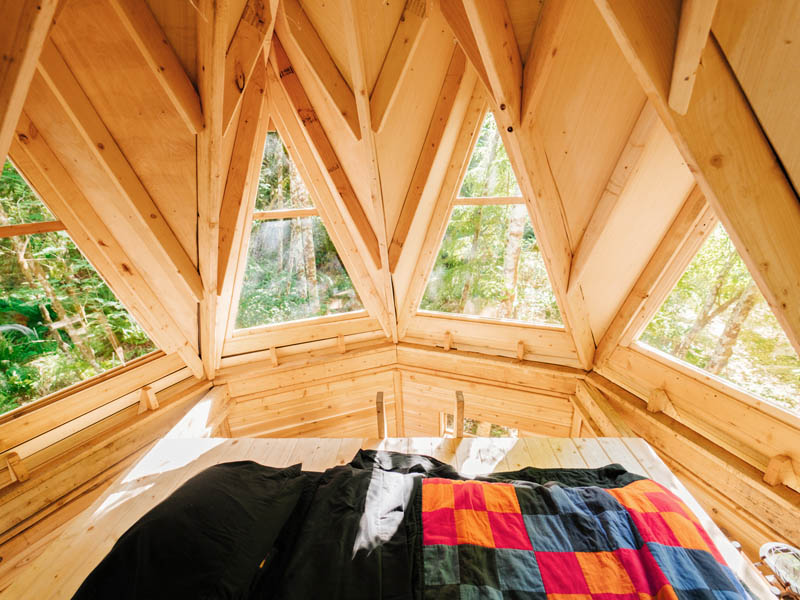 That doesn’t mean he skimps on details. A recent build included an unusual cabin with an octagonal pyramid roof. The geometric space holds the lofted bedroom.

“I like it because no matter which way you wake up, you’re looking outside,” he said. “I always tell my students you can do things with math and that math is real. The world is built out of math. It’s very fulfilling.” 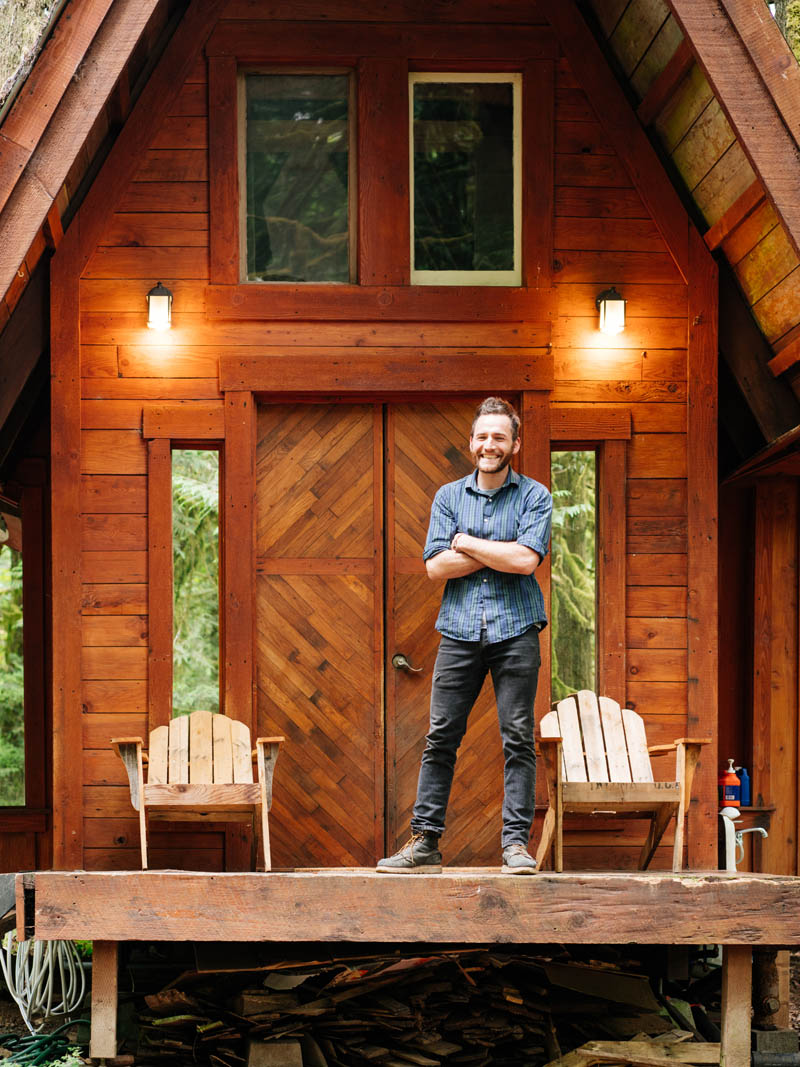 In addition to his students, Witzling has inspired an even larger audience of dreamers along the way, building a massive following on Instagram. He chronicles his projects and methods and shares insights and tips.

“Building things is really human. It’s something people have been doing for thousands of years,” he said. “I have ideas, and I just want to get them out there.”