The First Names Who Own the Most Valuable Homes, in Every State

What’s in a name? When it comes to home values: A lot.

A Zillow Research analysis of more than 70 million property records showed that homeowners named Alison and Stuart own the most valuable homes across the country. 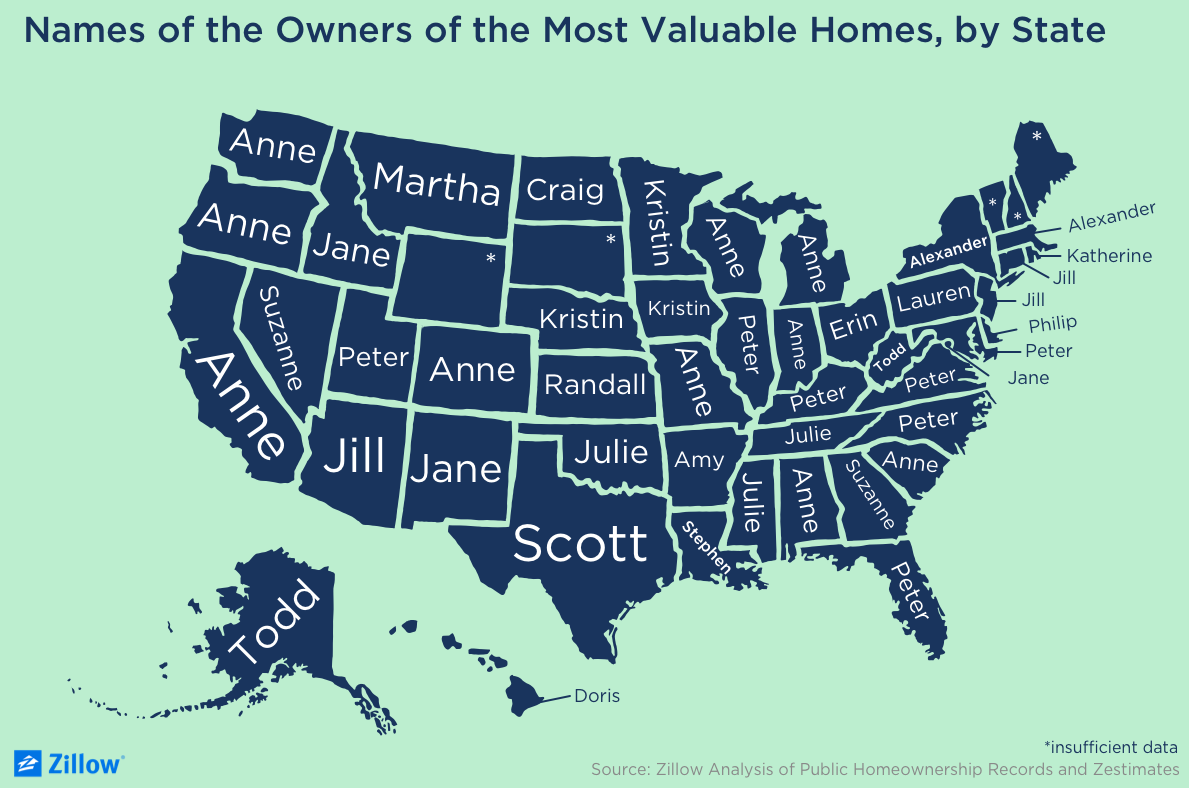 In Arizona, Guadalupe is a more popular homeowner name than it is nationally, while the Melvins are the reigning kings of Maryland. Fun fact: Of all the homes owned by Melvins nationwide, five percent are in Maryland.

Willie is more likely to be the name of a homeowner in the Southern states of Alabama, Louisiana, and Georgia. The Pacific Northwest is dominated by Heidi homeowners, while K monikers rule the Midwest – from Kari in Wisconsin to Kristine in Michigan. 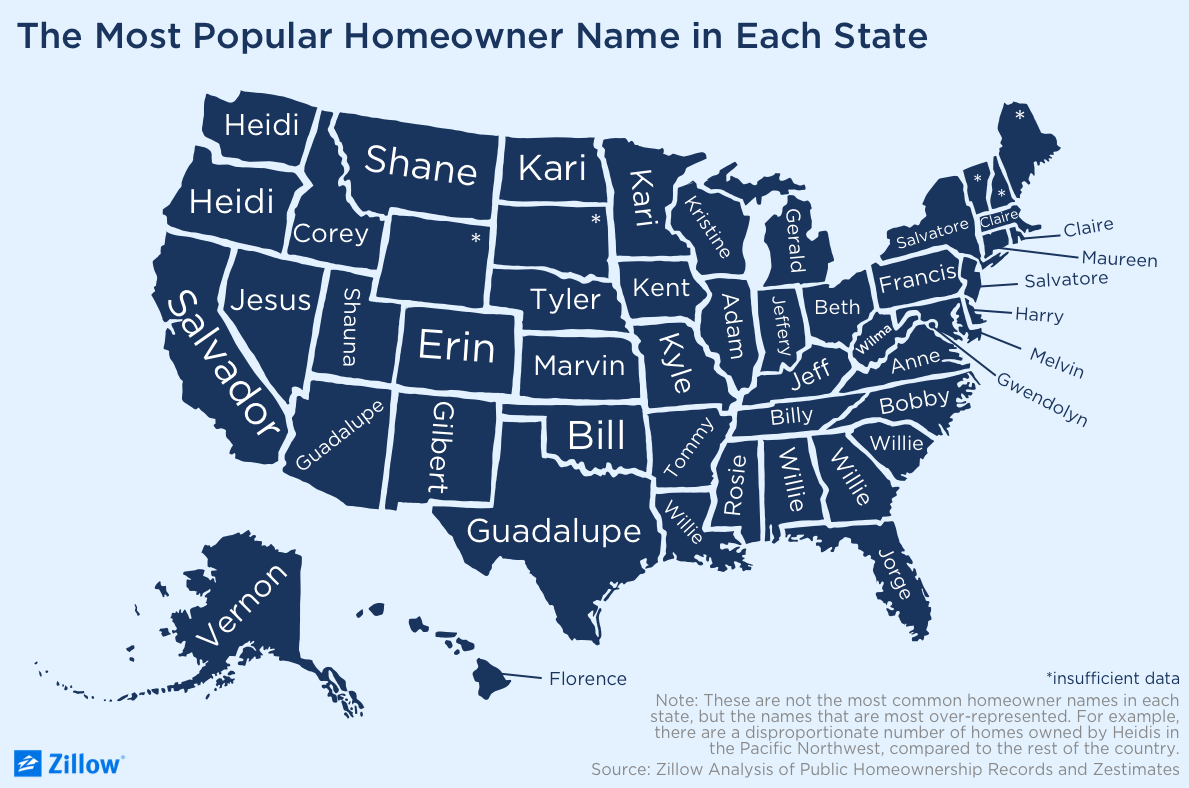 “This analysis reveals a lot of interesting – and fun – differences between homeowner names and the relative popularity of less common or non-traditional homeowner names from region to region,” said Zillow Chief Economist Dr. Svenja Gudell. “U.S. homeowners are an incredibly diverse bunch, with a variety of names reflective of many cultural and familial backgrounds.”

Roughly 64 percent of Americans own their home, with homeownership rates highest in the Midwest, according to the U.S. Census.

See a full breakdown of the data on Zillow Research.