This home’s story began with Philip Johnson, a famous architect who was known for his iconic glass houses and his work in modern and post-modern architecture.

In 1960, Johnson was commissioned to design one of his impressive glass houses in Dallas – the only one he ever built in the city.

The end result was 10210 Straight Ln, now on the market for $27.5 million. The 5-bed, 8-bath home, which has been remodeled twice, sits on a beautifully manicured seven-acre lot. 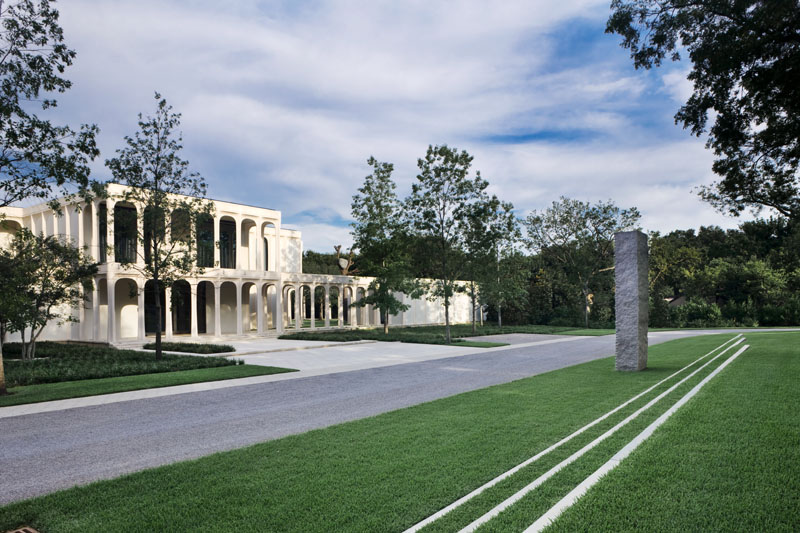 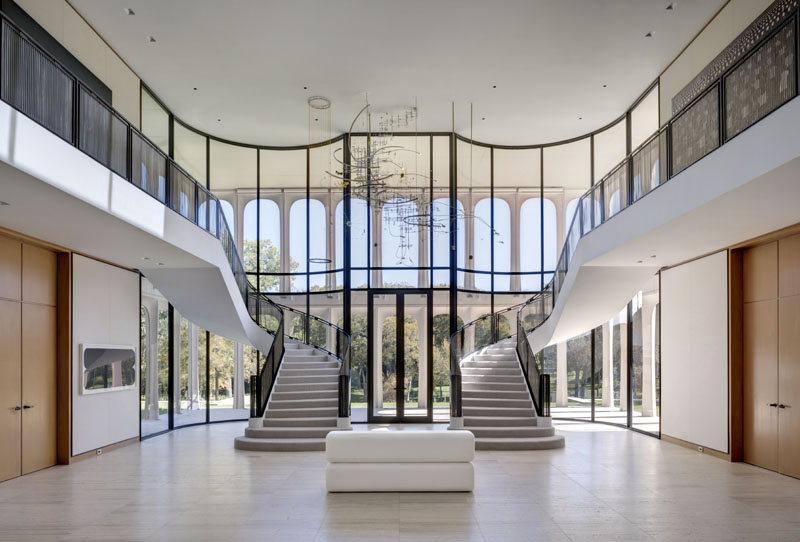 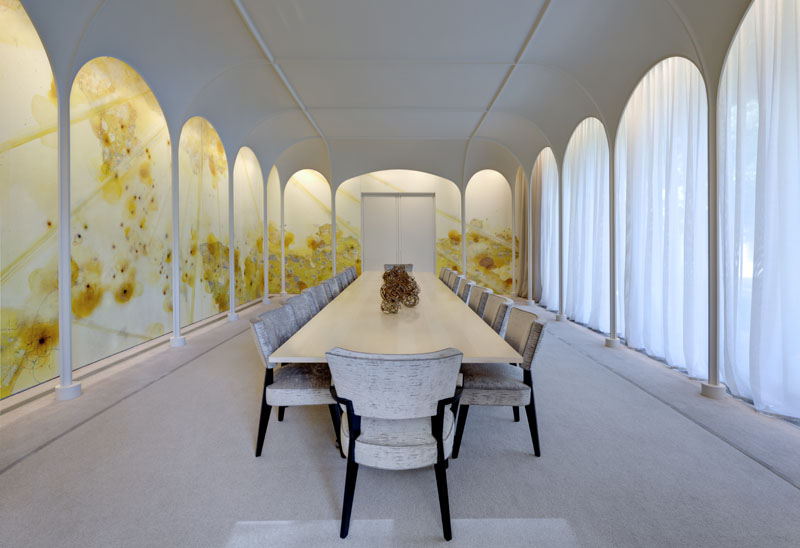 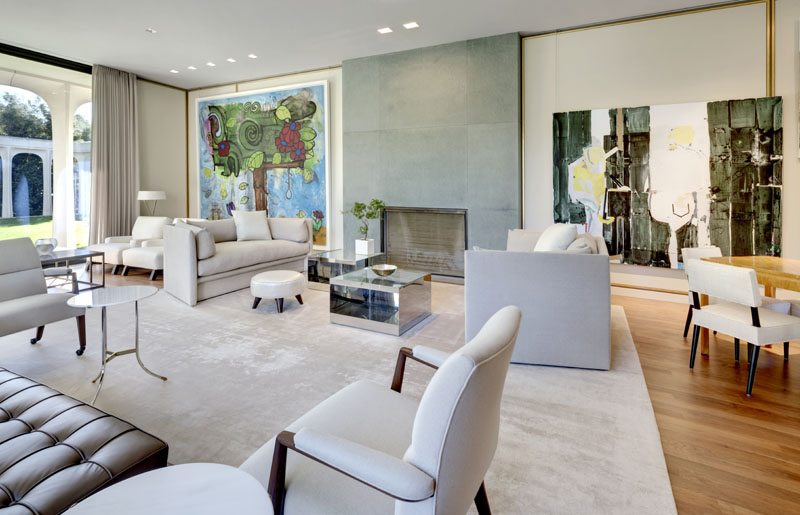 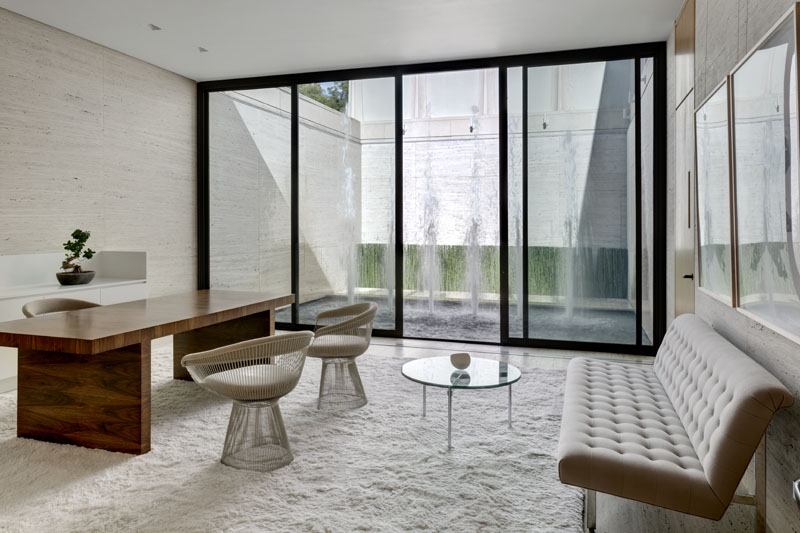 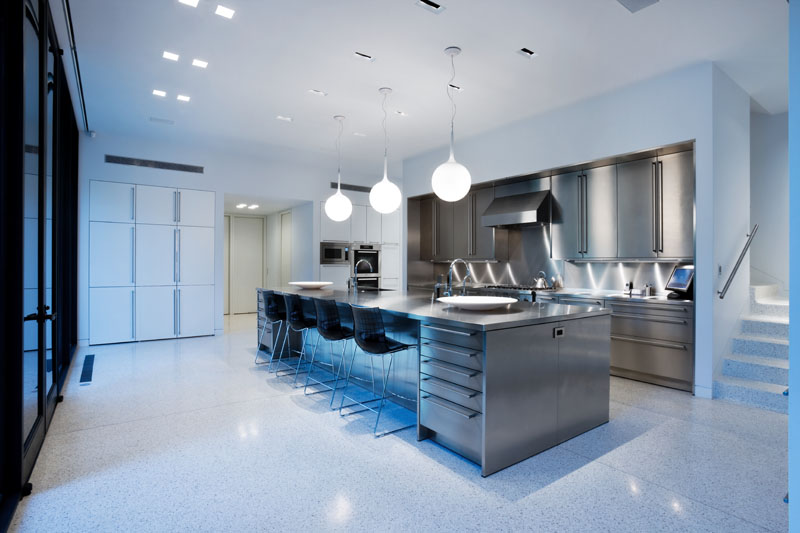 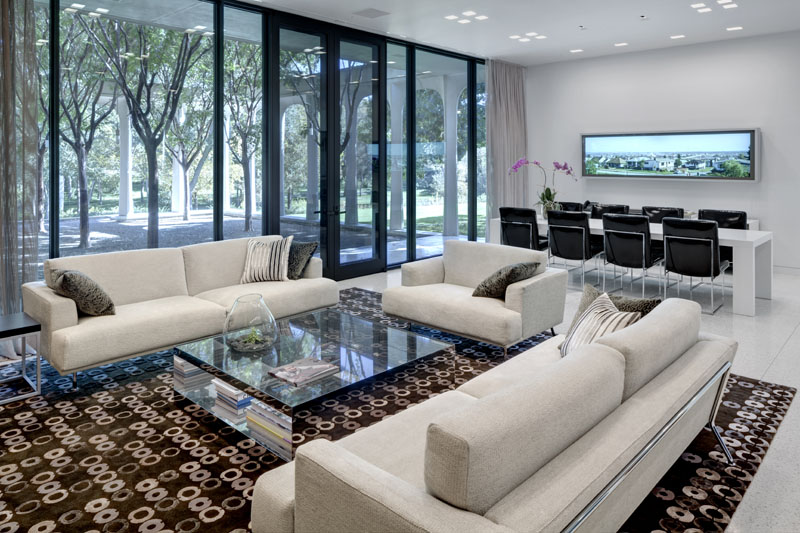 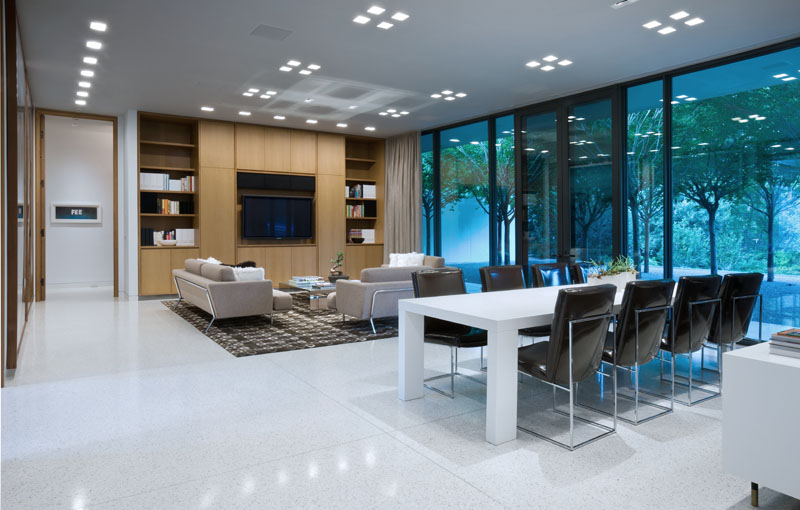 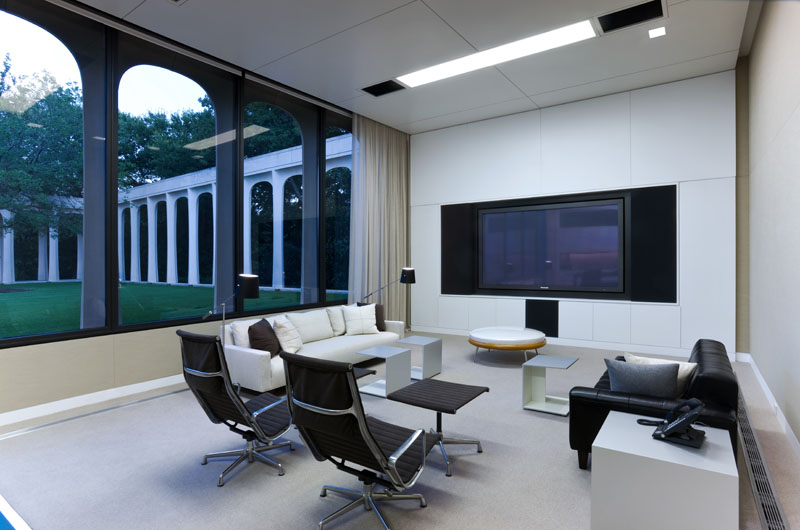 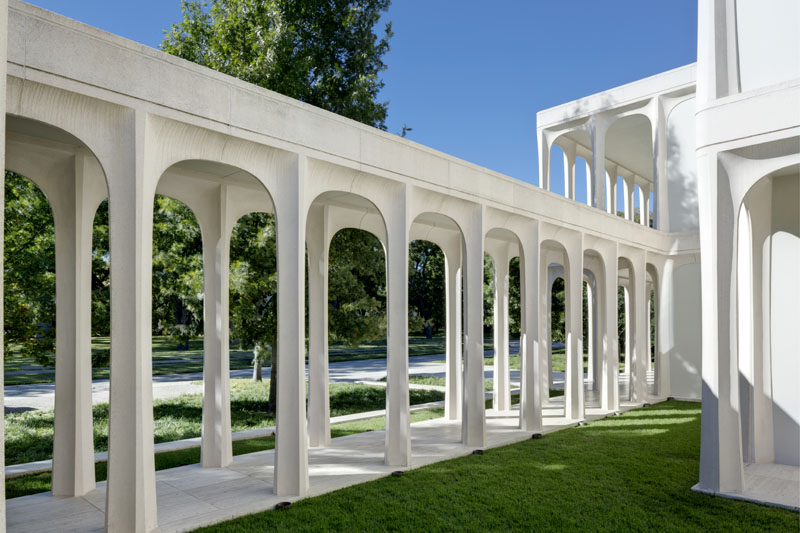 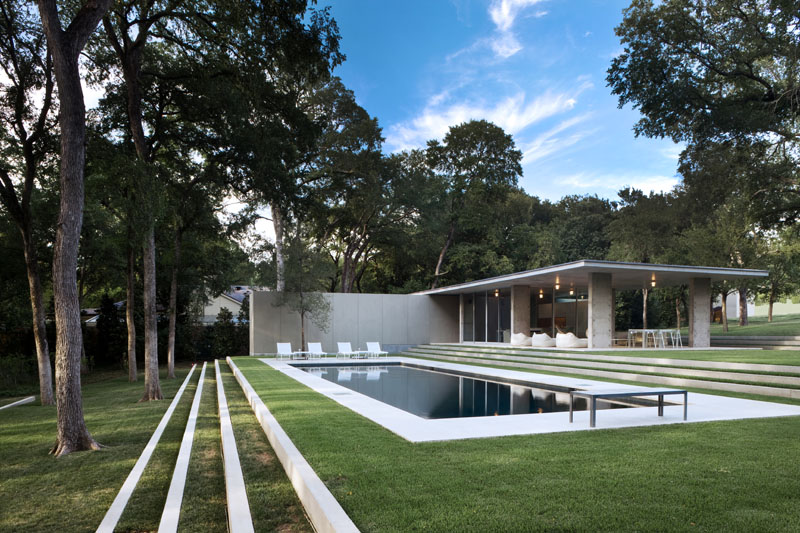 If the architecture looks unusual for a home, that’s because the structure wasn’t originally meant to be a residence.

“This home’s design, with the arches, was actually intended for [New York City’s] Lincoln Center,” shares listing agent Faisal Halum of Briggs Freeman of Sotheby’s International Realty. “Due to limitations in the right technology, it couldn’t be accomplished at the time.”

Guests who enter the foyer are greeted by double staircases set against the backdrop of a breathtaking two-story glass wall. Further inside the quirky home, you’ll find a formal dining room with an arched canopy, and a kitchen comprised almost entirely of stainless steel.

The 11,387-square-foot masterpiece also boasts a media house, a modernist cabana, a pool and a tennis court.