House of the Week: A 120-Year-Old Gem With a Greenhouse

Talk with Sylvia Matlock and Ross Johnson, and it’s easy to see how their legacy has taken root.

The duo – owners of a longtime nursery on Vashon Island, just outside Seattle – will mention driving around their small town and spotting large, leafy, fully grown trees they remember being planted as saplings.

It’s a fitting image for a couple who lives in the Evergreen State.

“It happens every day. We will be working for someone who has been a customer for 20 years, and we walk around their yard and see all these things they’ve purchased from us,” Matlock says. “We’ve seen some of the customers move on and have kids, and their kids are having kids. We’re now seeing three generations come through.”

So perhaps it is bittersweet for the pair to put their historic home and working nursery on the market. The new owners will not only be getting a 120-year-old house with 4 bedrooms and 2.25 bathrooms, but also a guest suite that doubles as a vacation rental. They’ll also have a lush greenhouse often used for special events – and the option to keep the nursery going after more than 20 years in business.

The couple did extensive renovations on the house before moving into it four years ago. (It had previously been an art gallery and a work space for a wine label designer.)

Bathrooms got trendy subway tiles, while the kitchen picked up modern stainless steel appliances. Light fixtures have a mid-century modern feel, and greenery is incorporated throughout the home via hanging planters and natural light. 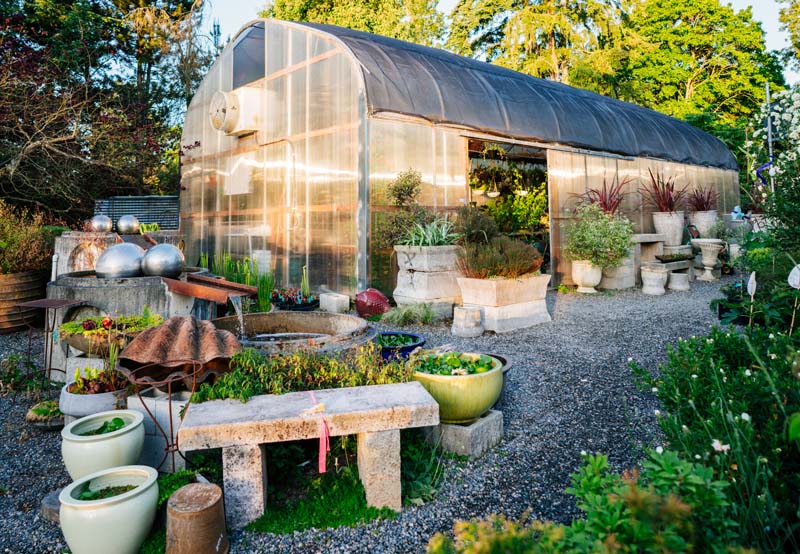 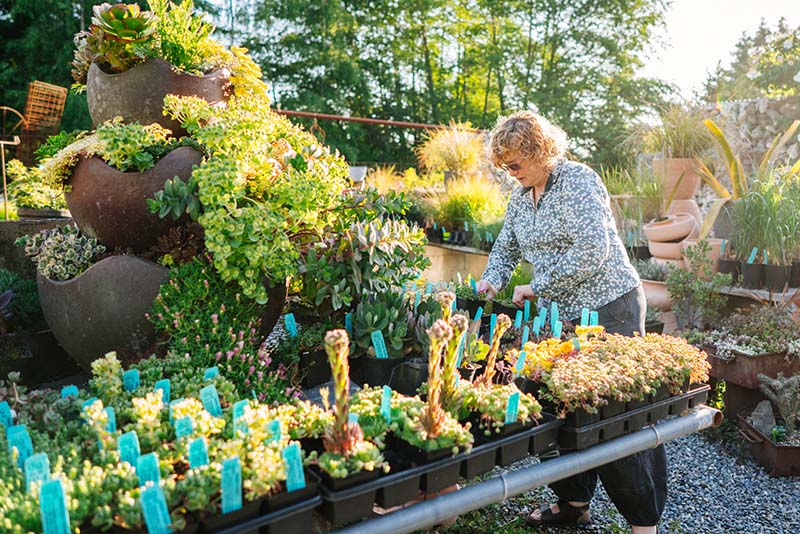 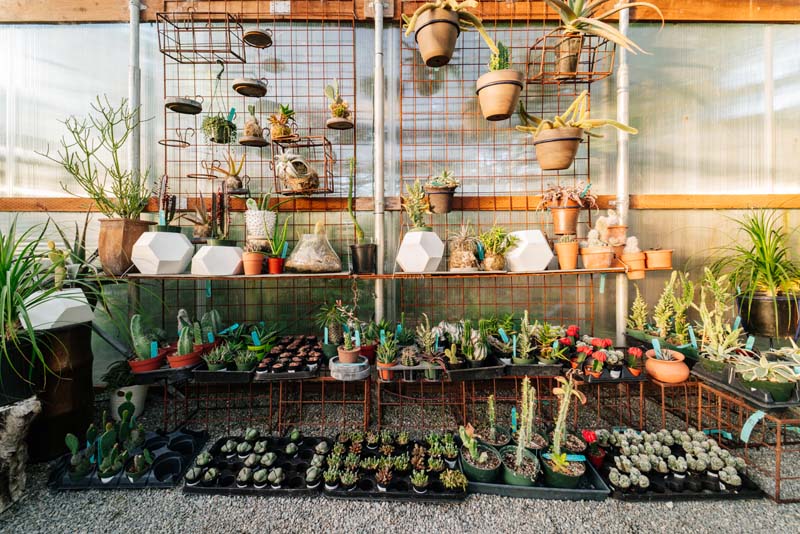 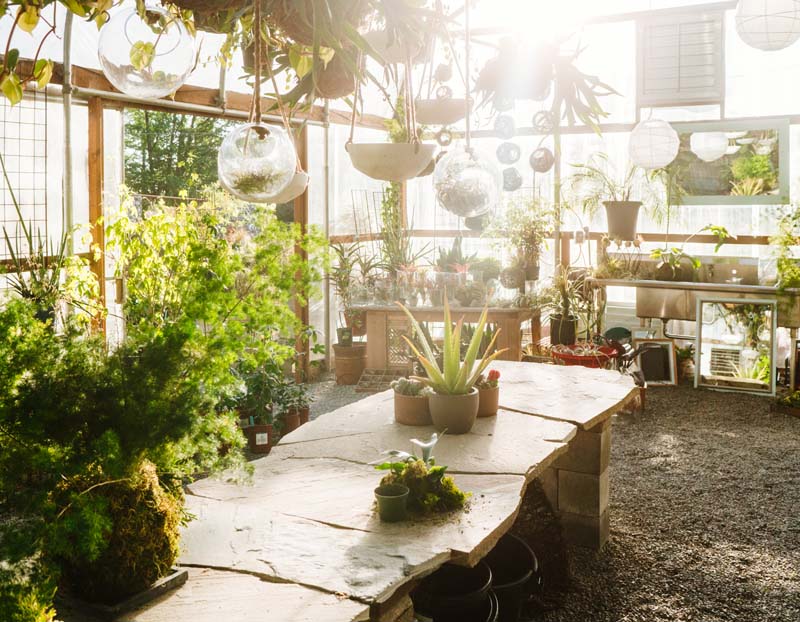 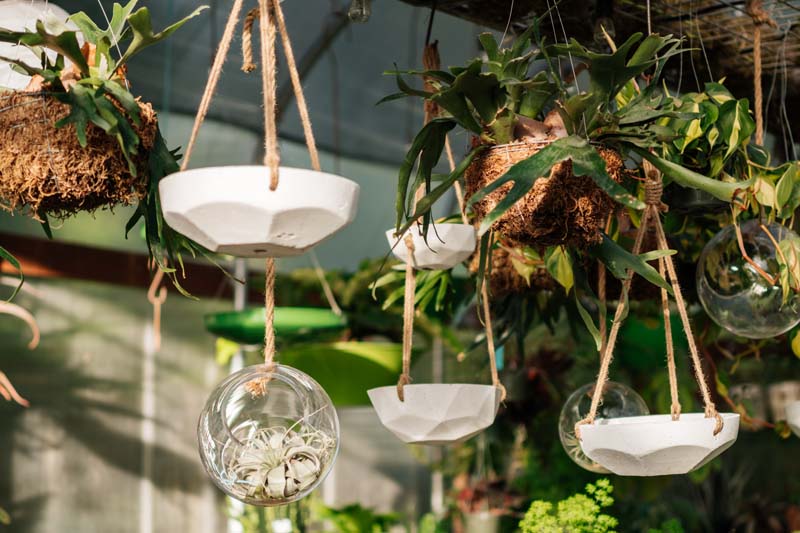 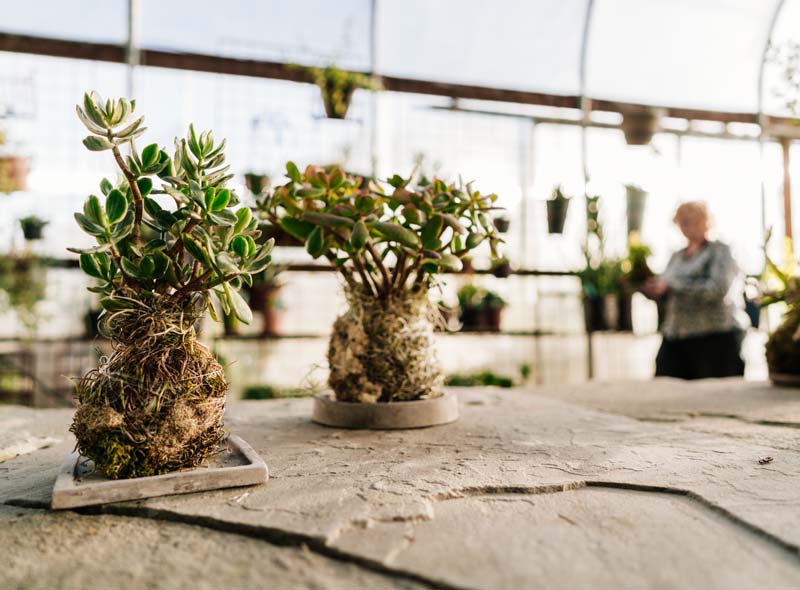 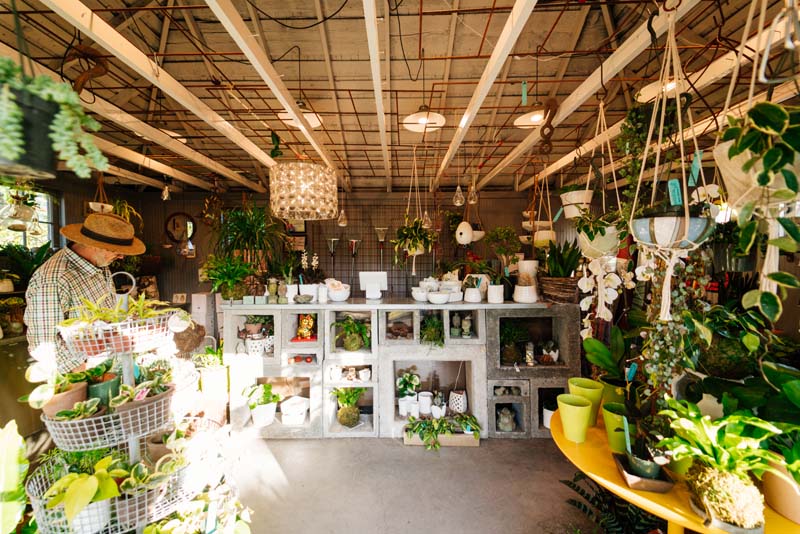 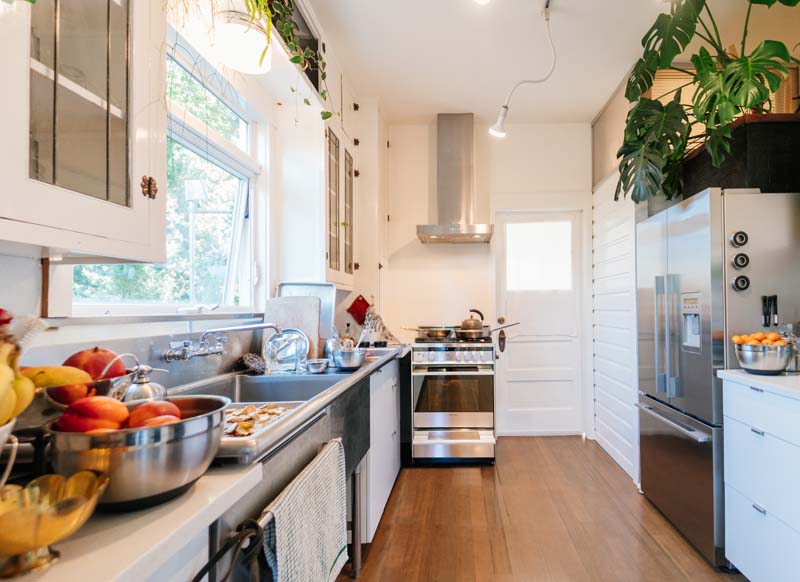 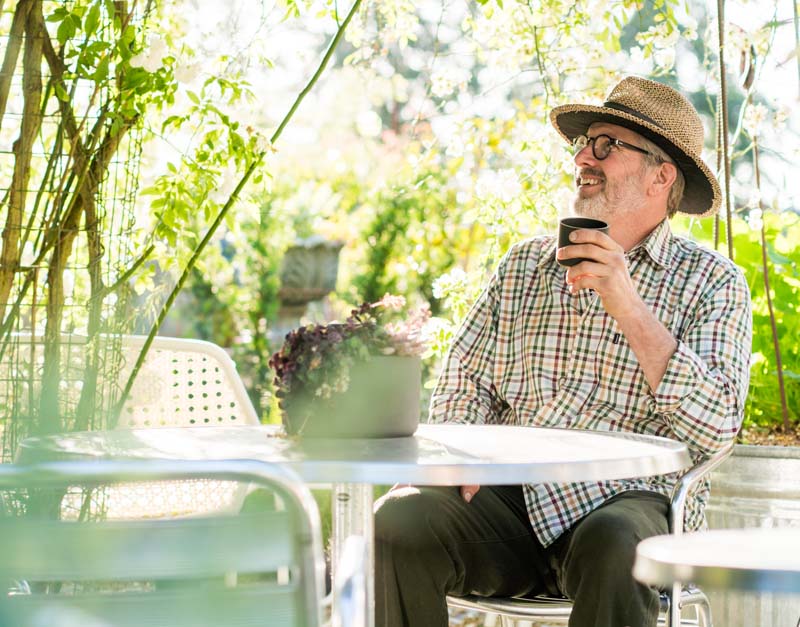 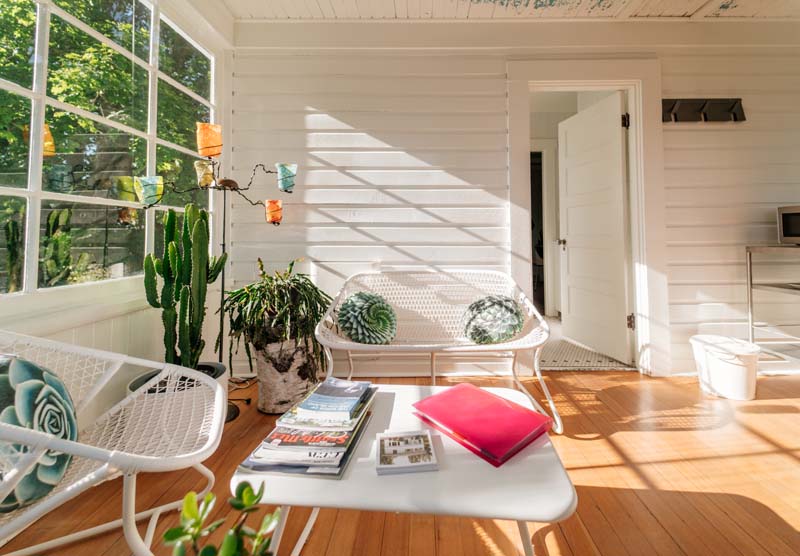 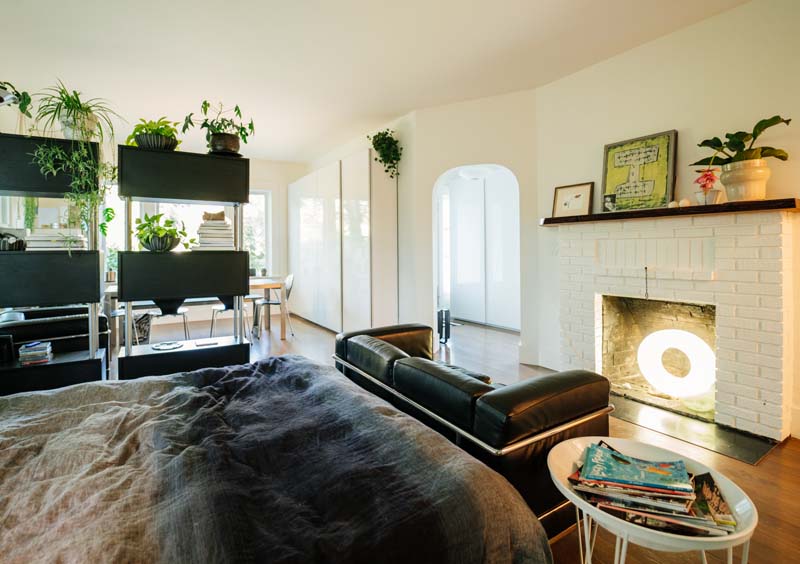 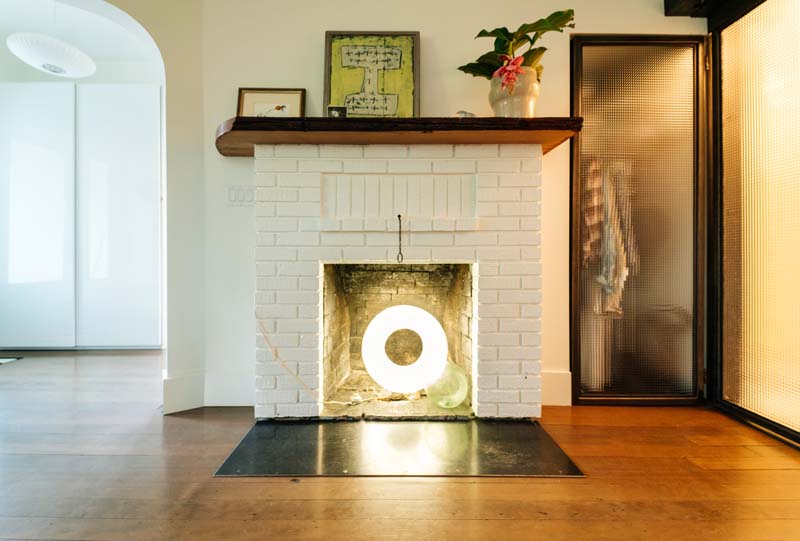 The couple also upgraded the antique electrical system – replacing the knob-and-tube wiring – and repaired the roof. In the process, they unexpectedly uncovered some hidden gems, including a 1930s Seattle Times newspaper buried in the walls.

“It was clear the last person put it in there for someone to see it,” Matlock says. “This particular one – you could actually turn the page and read it.”

While making improvements, the couple kept some original touches intact. Opening up the ceiling to the rafters allowed them to save and restore some of the old wood. They also decided to keep the layers of paint in the guest suite sunroom, showing the generations of people who’ve lived there previously.

“The blue overhead – that’s years of people painting over it in different colors,” Johnson says.

“Seeing the original patina of the place, the original woodwoork in the rafters – you just feel the history of it,” Matlock adds.

Johnson and Matlock are sad to part with the property, listed at $1.195 million, but are ready for another adventure. They hope to semi-retire in Southern Oregon by doing light nursery work, while continuing to rent properties to vacationers and guests.

Before they do that, they made sure to leave one more legacy behind: putting a modern newspaper in the walls for the next owners to find.

“I remember my feeling about it was I wanted to keep it a secret for some reason,” Matlock says. “I didn’t even tell the construction guys. I just kind of hid it away.”

David Knight of John L. Scott has the listing.