It’s 90 degrees outside, and there’s someone with Aviators and a power tool standing in front of me.

She is undaunted by the thick Midwestern summer humidity, the mosquitoes and the deadline. It’s unclear which poses the biggest threat.

She puts on a mask and goes to work, the tiny specks of dust spraying up in a shower of little wooden pieces like confetti in Times Square on New Year’s Eve. The block of wood she sands is one tiny part of a massive jigsaw puzzle that will become a young couple’s very first home.

And Kate Oliver, the woman wielding the sander, wouldn’t have it any other way.

‘Hey, how about let’s travel’

It’s a long road from where this 32-year-old was just a few years ago: living with her now ex-husband and their daughter; working as a photographer and interior designer in Indianapolis, IN. But, as Oliver puts it, life has a crazy way of rerouting you toward your passion.

Fast forward to Oliver getting a divorce and falling in love with her best friend from college, Ellen Prasse (thanks, Facebook). Prasse lived in nearby Lexington, KY, but the couple didn’t want to put down roots. The were fascinated with the idea of life and home – on the road.

“I was teaching art at my old high school. We were ready to move on and get out. So, she texted me one day, ‘Hey, how about let’s travel,'” recalls Prasse. “You know, like, ‘Let’s just hit the road.'”

“We had been looking for something that would take us beyond this life that had seemingly been prescribed for us,” Oliver chimes in. “We didn’t want the commute, and we didn’t want to just work to pay our bills. We wanted to spend more time together as a family. We both deeply wanted to create and make art and we weren’t sure what that was.”

‘This would be fun to do for other people’

They ended up buying a vintage Airstream and fixing it up to make it livable. And they fell deeper in love – with each other, with life on the road, and with this idea that home isn’t an address. They traveled for six months to faraway places like Alaska and the Yukon Territory, and they found meaning in the miles journeyed together.

“We were so broke and we poured every last penny we had into that first Airstream,” Oliver says. “It was very simple in construction, but it was well built. We thought, ‘Hey, we’ve got something here.'”

“Toward the end of it we started saying, ‘Hey, maybe this would be fun to do for other people,'” says Prasse.

“We saw how we worked together,” adds Kate, “and how it made us both come alive and brought us joy.”

The duo went on to sell that first Airstream to a friend (it’s now a rental lodge in Olympia, WA). They remodeled a second one and made plans to move into it. In the middle of all of this, they took what they learned and decided to translate their passion into a profession: renovating Airstreams full time as The Modern Caravan.

Oliver and Prasse pride themselves on carefully considering the design – as well as the functionality – of any Airstream they plan to renovate.

“We always say form and function. It has to have both,” says Oliver.

This principle predates the couple’s new business. Both women had fathers who taught them basic construction skills. Prasse’s mother was an electrical engineer, and passed along the technical knowledge to rip out old lines and turn them into modern electrical marvels.

“We’re two women in a predominantly male industry. We notice this when we go to Lowe’s,” Oliver explains. “We always get asked if we need help. We’re like, ‘Actually no, we’ve got it. But thanks.’ You could say, ‘Oh, yeah, they’re just being nice,’ but the assumption there is that we can’t handle it because we’re women.”

The duo quickly compiled a two-year waitlist of clients. Each is willing to pay up to $90,000 in parts and labor for a Modern Caravan renovation (the exact cost depends on the year of the Airstream, the length of the project, design features and more).

The duo is up against a tight deadline for the complete remodel of the 31-foot-long Sovereign. Most of their renovations take about six months. For this one, they only have three. Their clients, Kristen Sarah and Siya Zarrabi, helped gut the interior, but the rest is up to them.

Among the items on the docket: repairing a leaky, five-inch gap in the chassis, installing all new electrical wiring as well as designing and handcrafting the interior. Oliver and Prasse are making custom countertops from a piece of wood Sarah and Zarrabi hauled out of a family barn. They’re fashioning a retractable dining table using local elm (bonus: it converts into a bed!). Every corner, every couch cushion, is custom-made.

With half their normal time frame to pull the renovation off, Oliver and Prasse are up most days until 2 a.m., battling heat and exhaustion. But they don’t cut corners. They have a vision – a vision that includes rustic mink flooring (it looks just like hardwoods but is waterproof) and a blue, penny-tile shower. 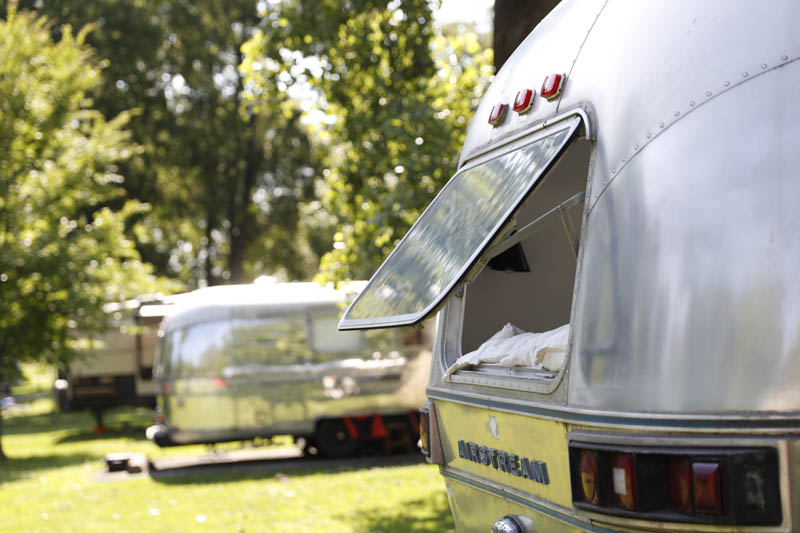 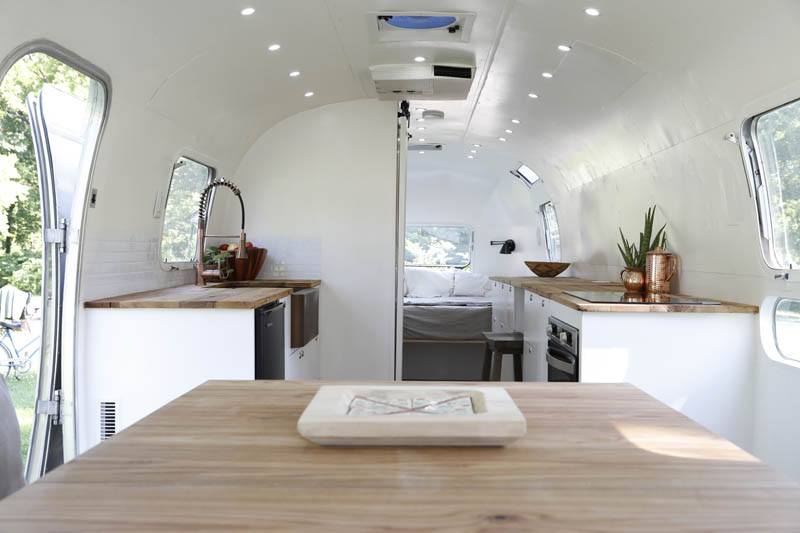 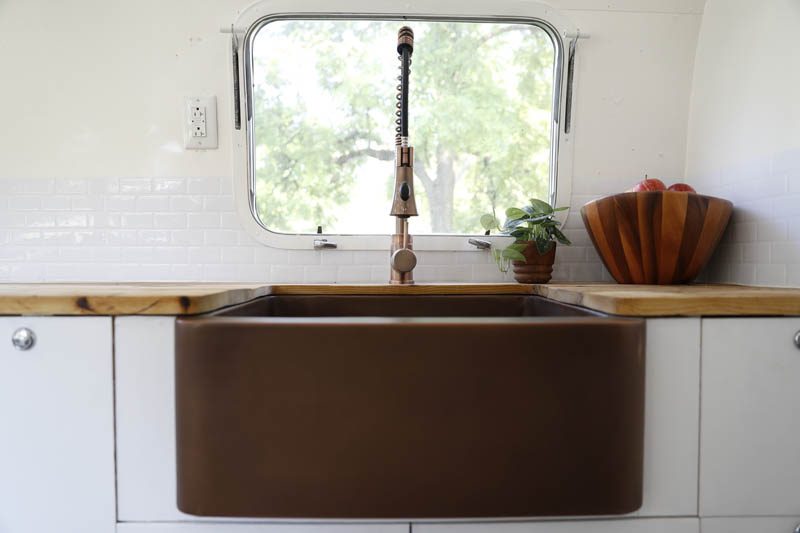 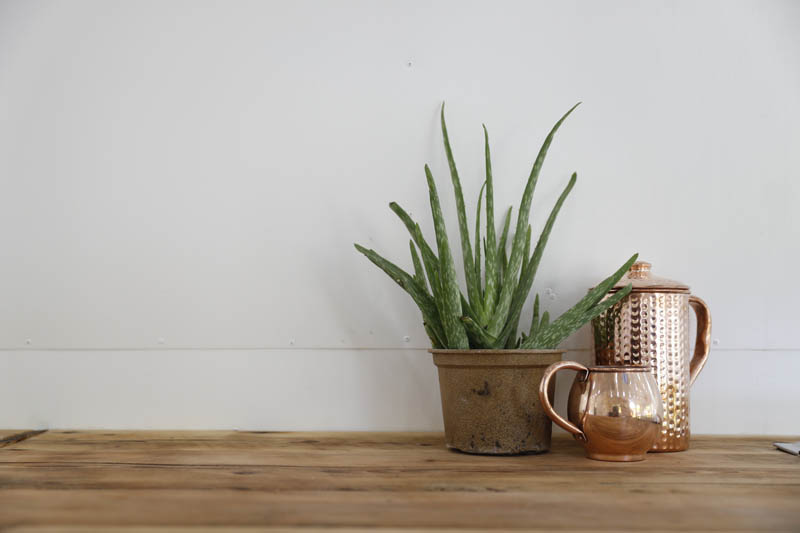 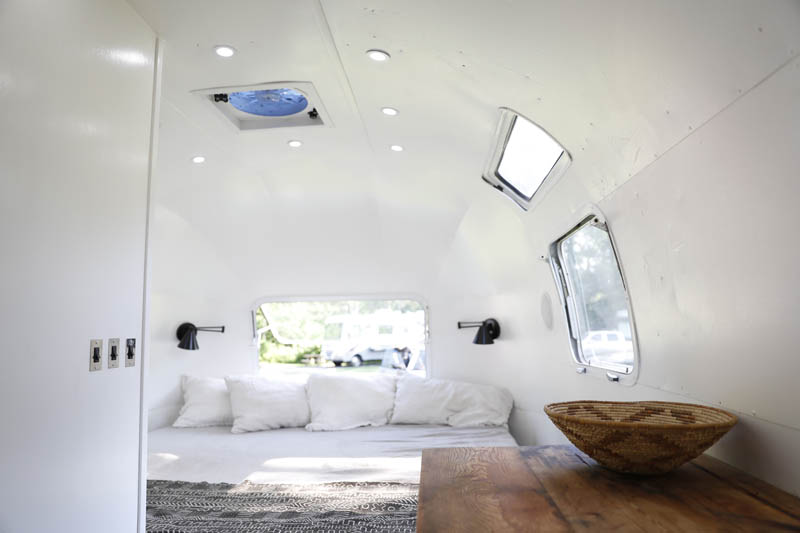 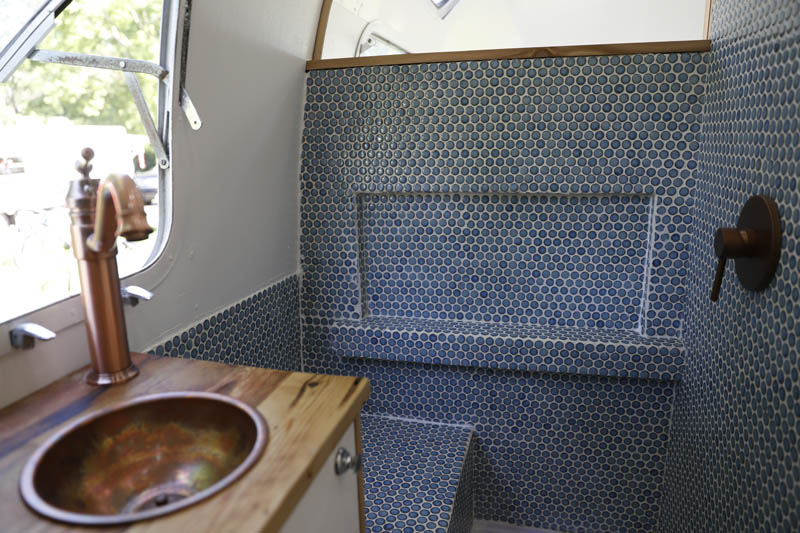 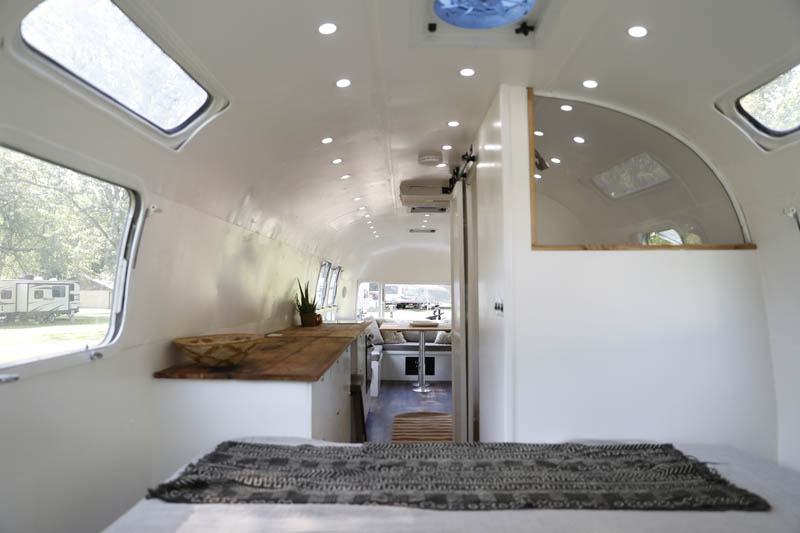 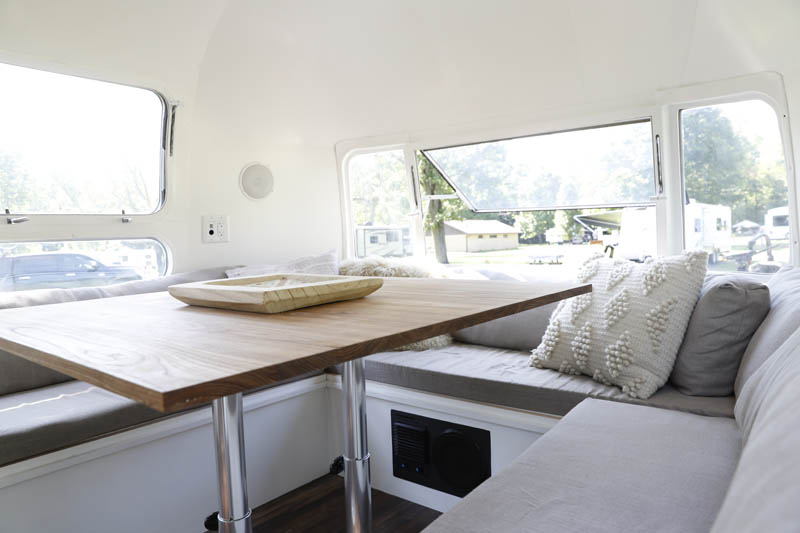 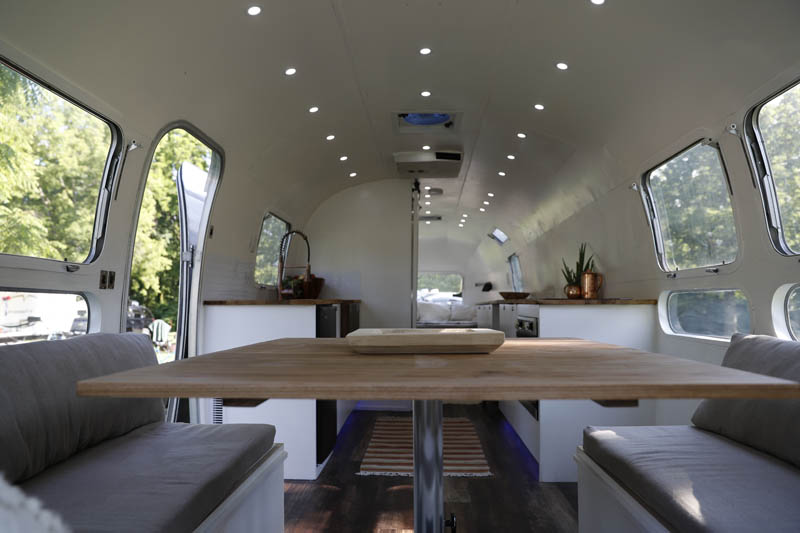 Two weeks later, the moment of truth arrives. The clients, who have spent almost every night of the past few years in hotel rooms, are about to see their transformed Airstream for the first time.

“I think that [Siya and Kristen] will feel the passion and the love that went into this. …It’s their first home,” says Oliver. “It’s pretty incredible when we think about it like that.”

“It’s going to be where they live and they cry and where they’re human,” she continues. “That is a really, really special thing to be part of.”

As the clients board their new home-on-wheels, the tears come. And the hugs.

“Every room is like a masterpiece, every little detail,” says Zarrabi. “You nailed it. You nailed it. All of our visions, all of our dreams, everything we wanted. This is a luxury home. It’s a mobile home. It’s -“

Airstream did not endorse, sponsor or authorize, nor is it otherwise associated with, this story and video.