8 Favorite Halloween Traditions of the Past and Present

No matter how many great political or “Stranger Things” costumes we’ll see this year, being an adult at Halloween can be a bit of a bummer. Between obligatory “clever” costumes and the egregious lack of candy at most adult-themed Halloween parties, there’s not a lot of giddiness left in the holiday for the grownups.

In honor of the bygone days of candy-trading and itchy wigs, we rounded up a few of the fun, quirky, nostalgic spooky traditions of yore – some of which are alive and well today.

Maybe we can’t trick or treat anymore, but we can delight in remembering the highlights of our childhood Halloweens.

Ah, door-to-door sweets retrieval from strangers. It’s the day every kid looks forward to all year, but how on earth did this tradition come about?

Turns out trick-or-treating actually has a couple of sources. One is the early Celt tradition of dressing up like demons at the end of the year – the idea being, if you ran into one, he’d think you were part of his posse.

The other is a later practice from the Middle Ages known as “souling,” in which poorer members of the community would go to wealthier homes on All Souls Day and offer prayers for their dearly departed in return for “soul cakes.”

Over the centuries, soul cakes gave way to Snickers and prayers gave way to tricks, but the practice of going house-to-house remains.

Before TV and movies made vampires and werewolves and witches ridiculously attractive, there was the classic witch, made famous in “The Wizard of Oz” and beloved as everyone’s last minute go-to costume.

All you needed was a broom, which your parents were no doubt super happy to surrender for a night, and maybe a pointy hat – which, as it turns out, wasn’t actually associated with witches until the 18th century. Bonus points for green facepaint and nose warts.

Let’s be honest. We’ve all been secretly terrified by this. Maybe you passed the yard while out on a jog, maybe you were a kid trick or treating, but at some point, those bones sticking out of a well-manicured lawn took you by surprise. 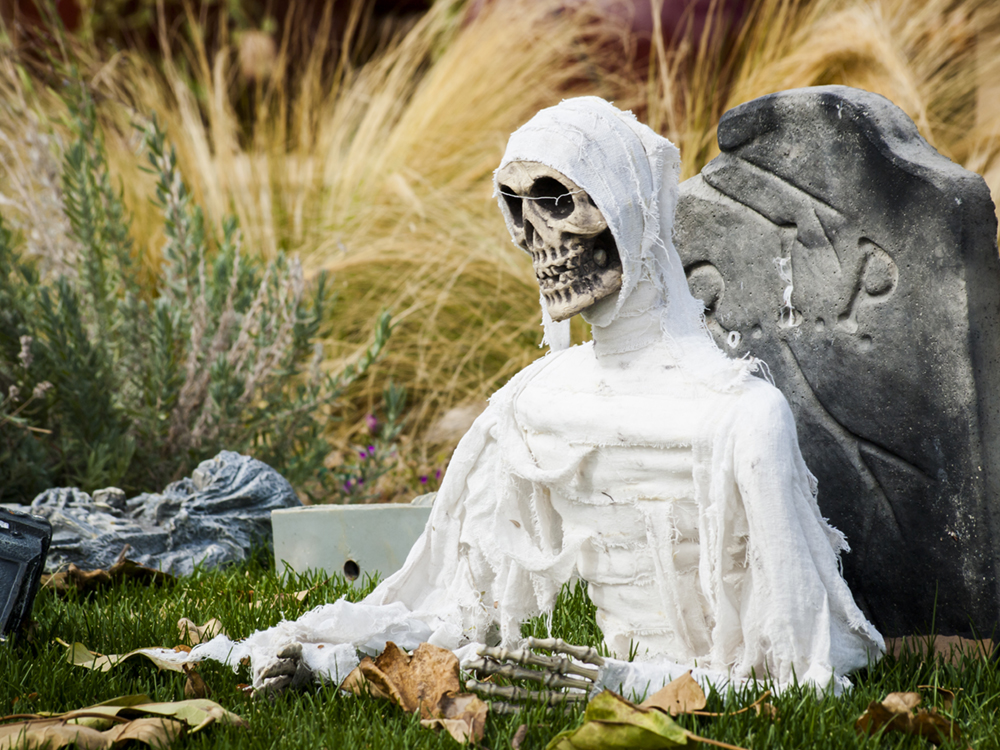 Yearning to re-create this childhood favorite in your own yard? If you can’t get your hands on plastic gravestones, there’s always the classic “dead body in the front yard” thing. Just make sure everyone knows it’s fake, unless you want the cops to show up. Seriously.

Okay, so maybe it’s not “cool” to dance to, and you still regret that time you chose it at karaoke, but you gotta hear this song at least once in October, right? 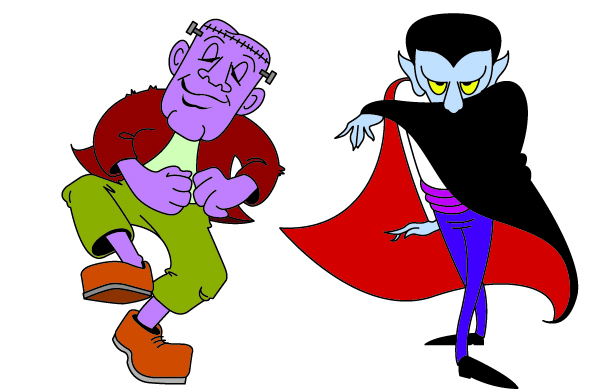 Inspired by ’60s dance records and the simultaneous horror movie craze, Bobby “Boris” Pickett’s “Monster Mash” actually topped the charts when it was released in 1962 – and again in 1973. How about a 2015 revival? Put it on repeat at your Halloween bash and see if it catches on. 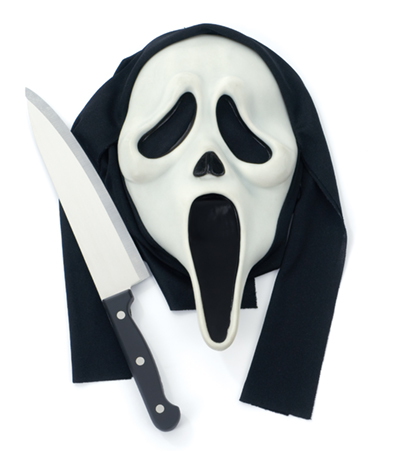 Speaking of Halloween music: Once motion activation got going, you couldn’t trust any doorway.

Things have gotten a little more sophisticated since, but step under any awning on Halloween night in the ’90s and there was a solid chance you were going to hear this “eerie” tune.

Ah, “Scream.” It brought Neve Campbell back to the silver screen, knocked off Drew Barrymore in the first scene (spoiler alert?), and gave teenage dudes everywhere the perfect Halloween costume to terrify and annoy their friends from 1996 to this very day.

Whether you watched the show in the ’60s or the movies in the ’90s (ideally both), the Addams are the iconic “all together ooky” Halloween family you know and love – and fear. (Unless, of course, you were a fan of “The Munsters,” instead.)

Bonus points to the mysterious and spooky gang for offering a huge variety of fun Halloween costumes, most of which are relatively easy to pull off -except for, say, Cousin It. Nobody wants that much hair in their Halloween candy.

Believe it or not, the reason we all have to struggle with these kits every October is because of an Irish folk legend about “Stingy Jack.” 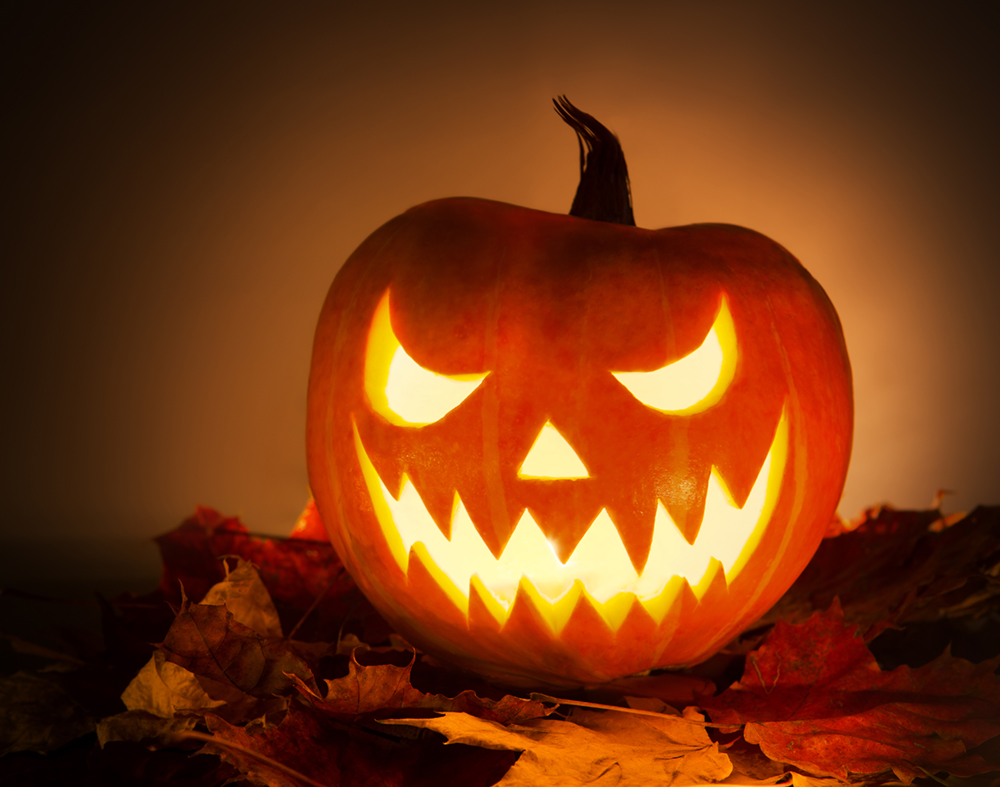 This Jack dude apparently tricked the Devil – twice! – and wasn’t allowed to go to Heaven or Hell upon his death. Instead, he was doomed to roam the earth forever with a coal lantern which, for some reason, he put into a turnip. Fast forward a few centuries and “Jack of the Lantern” becomes jack-o’-lantern, pumpkins take over for turnips, and Stingy Jack, for all we know, is still wandering around, turnip in hand.

What Halloween decorations, costumes, and traditions are you looking forward to this year?